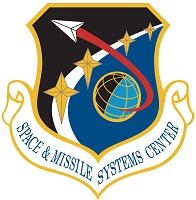 The U.S. Air Force has awarded a $23.6 million contract to Orbital ATK for the launch of its ORS-5 mission. The launch vehicle was not identified in the procurement announcement.

“The ORS-5 program will task Massachusetts Institute of Technology-Lincoln Laboratory to design and build an operational demonstration of the SensorSat satellite, which continuously scans the GEO belt from a low earth orbit,” the USAF said in a press release last year. “The ORS-5 program will demonstrate a low-cost small satellite launch capability and aspects of autonomous operations via the existing Multi-Mission Space Operations Center ground architecture.

“In addition, ORS-5 provides risk reduction for cutting-edge technologies to be transitioned to the Space-Based Space Surveillance system follow-on baseline program of record. With a projected start in 2016, the SBSS follow-on program will execute a technology transfer strategy, seeking opportunities for early industry involvement through requests for information and a near-term industry day.

The project is being done by the Air Force’s Operationally Responsive Space Office in partnership with SMC’s Space Superiority Systems Directorate and Advanced Systems and Development Directorate.

UPDATE:  The launch will be done by a Minotaur from Cape Canaveral.