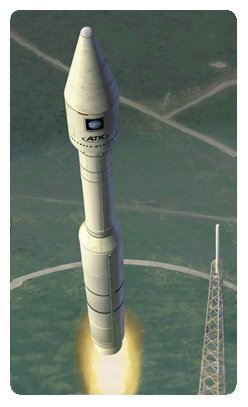 Clark Lindsey over at Hobby Space points out that the federal government has denied PlanetSpace’s appeal of NASA’s decision to award COTS contracts to Orbital Sciences Corporation and SpaceX.Â  COTS funds commercial payload delivery to the International Space Station.

The notice on the Government Accountability Office’s website gives no reason for the denial. And it is not clear whether PlanetSpace has any recourse at this point. The company has made no statement on its website.

The COTS contracts were awarded in December. PlanetSpace filed an appeal the following month, claiming the procurement decision was flawed:

PlanetSpace offered a superior proposal. It received a higher Mission Suitability score, from NASAâ€™s Source Evaluation Board (SEB), and was lower in Cost than one of the two proposals selected by NASA. Thus, the PlanetSpace proposal represented better value to the Government. We believe that the GAO will find that flaws in the procurement justify award to PlanetSpace. We look forward to the GAOâ€™s review of this case.

PlanetSpace has assembled a subcontract team, including Lockheed Martin, Boeing and ATK, with over 150 years of collective experience in supporting NASA spaceflight programs. The resources and record of this team were recognized by the SEB, as it gave the subcontractors an â€œexcellentâ€ mark for their â€œPast Performance.â€