END_OF_DOCUMENT_TOKEN_TO_BE_REPLACED

OTTAWA (NRC PR) — From flying zero-gravity missions on earth to growing food in remote or harsh conditions to miniaturized lab-on-a-chip devices to monitor our astronauts’ health, research experts at the National Research Council of Canada (NRC) and the Canadian Space Agency (CSA) continue to work together to advance space science. On February 17, 2020, both organizations signed a Memorandum of Understanding (MoU) to continue to strengthen this collaboration for all future R&D and technology projects.

END_OF_DOCUMENT_TOKEN_TO_BE_REPLACED 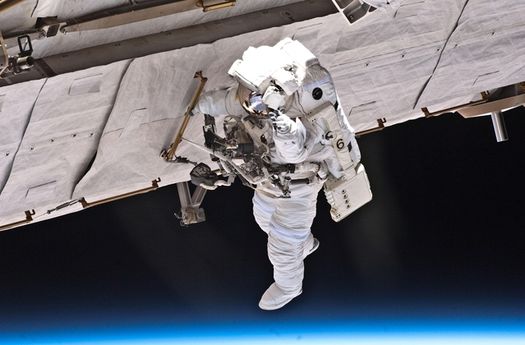 The National Research Council’s (NRC’) Committee on Human Spaceflight has named 14 members to its Technical Feasibility Panel, which will help the committee evaluate the future of the American space program.

END_OF_DOCUMENT_TOKEN_TO_BE_REPLACED

WASHINGTON (NRC PR) — Without a national consensus on strategic goals and objectives for NASA, the agency cannot be expected to establish or work toward achieving long-term priorities, says a new report from the National Research Council.

In addition, there is a mismatch between the portfolio of programs and activities assigned to the agency and the budget allocated by Congress, and legislative restrictions inhibit NASA from more efficiently managing its personnel and infrastructure.  The White House should take the lead in forging a new consensus on NASA’s future in order to more closely align the agency’s budget and objectives and remove restrictions impeding NASA’s efficient operations.

END_OF_DOCUMENT_TOKEN_TO_BE_REPLACED The list seems rather short on representatives from the “NewSpace” community. A full list of committee members with biographies is reproduced after the break.

END_OF_DOCUMENT_TOKEN_TO_BE_REPLACED


NASA needs to make a number of crucial improvements in its Exploration Technology Development Program (ETDP) if it wants to land humans on the moon and Mars, according to a new National Research Council report.

In an interim report released on Friday, a NRC review committee said that NASA is underfunding research in key areas and has left “mission critical tests” out of its schedule due to budgetary and time constraints.

“Although near term budgetary pressures are clear, the need for adequate testing is a recurrent theme in program failure reports and should be addressed,” the reviewers wrote.

END_OF_DOCUMENT_TOKEN_TO_BE_REPLACED


In a potential blow to NASA’s human spaceflight efforts, the National Research Council released a report today calling on the space agency to conduct more research on cosmic radiation before sending astronauts to the moon and Mars. NASA should not lower its radiation exposure standards to reach these goals.

The Committee on the Evaluation of Radiation Shielding for Space Exploration’s report (PDF) said the “lack of knowledge about the biological effects of and responses to space radiation is the single most important factor limiting prediction of radiation risk associated with human space exploration.”

As a result, prolonged operations on the moon could be curtailed. Mars exploration, which would require long transit times and stays on the the surface, could be ruled out entirely until scientists and engineers develop better ways of protecting astronauts.